167 years
history of the museum 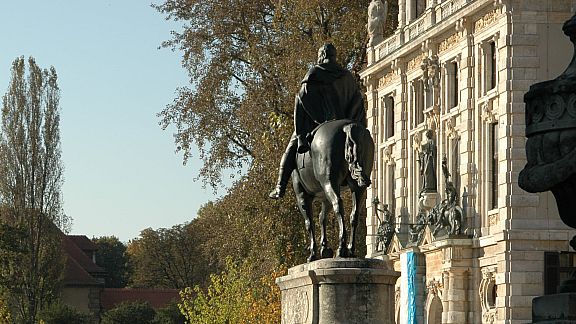 The Bayerisches Nationalmuseum is among the principal museums of Germany. The museum presents art from Late Antiquity up to Art Nouveau Period, and uniquely illustrates the cultural history of Europe from a Bavarian perspective. Founded in 1855 by Bavarian King Maximilian II, it soon developed into a beacon in the world of museums. In 1900, the Nationalmuseum moved into its new home, a distinct building complex on Munich´s Prinzregentenstrasse. Since 1971, the Bayerisches Nationalmuseum has established several branch museums in various locations throughout Bavaria, dedicated to individual themes of art and cultural history. 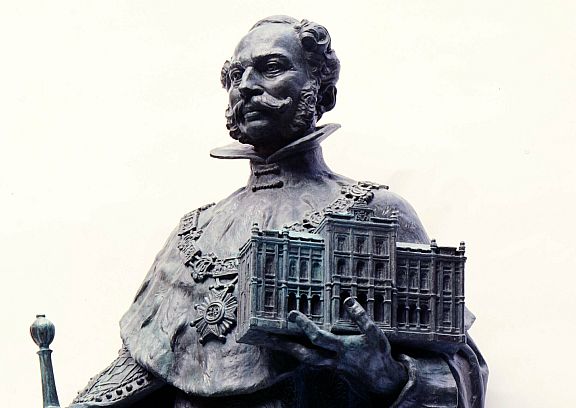 Following the death of the Bavarian King Max I. Joseph in 1825, the idea of a “national museum” with the contents of his art collections began to circulate. The museum was to be dedicated to the history and culture of the various peoples ruled by the Wittelsbach dynasty and to the history of the royal family itself. His grandson King Maximilian II fulfilled this plan and linked the foundation of the museum with the intention of creating a monument to his dynasty. At the World Fair in London in 1851, he experienced first-hand the fascinating new concept of nations presenting themselves through their achievements in form of both historical and contemporary technological inventions. In 1855, he incorporated this concept into his Munich project by founding his “Bayerisches National Museum” which still bears this name to this day.

Maximilian II commissioned the Royal Bavarian Director of Archives, Karl Maria von Aretin, with the realisation of his plans for a museum. An essential goal was to preserve the cultural records of Bavaria, or, as they were then referred to, the “patriotic monuments” and the “remnants of former times”. Although the collection initially focussed on the Middle Ages, the aim was to represent all epochs up to around 1800. The King generously transferred pieces from the Residenz in Munich as well as other Wittelsbach palaces to lay the foundation of this museum. The Maxburg in Munich's Kreuzviertel, which was the former residence of the Bavarian Dukes since the late 16th century, was selected to become the Museum’s home. 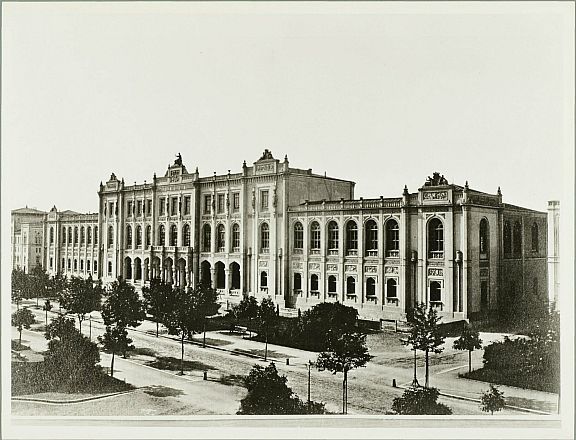 Despite its ideal location between today’s Karlsplatz and Marienplatz, the Maxburg soon became too small for the purpose of a public museum, despite numerous attempts to expand the exhibition spaces. King Maximilian II therefore commissioned a new building in a prominent location. To meet his expectations, the nearly completed Institute for the Deaf and Mute on the Maximilianstrasse was demolished. This allowed for the Maximilliansforum, the recently constructed new seat of government on this new boulevard, to be juxtaposed by Eduard Riedel’s representational monumental structure.

The construction of the museum began in 1858 and was stylistically inspired by the vocabulary of the English Gothic. The edifice had lush inner courtyards with vistas through its arcades onto King Maximilian’s government building. Life-size statues of prominent historical and then contemporary Bavarian figures still allude to the original function of this structure. A cycle of frescoes depicting important historical events on the upper floor, which was created to provide a historical frame for the exhibits, has only been preserved in fragments. Today the building of the old Bayerisches Nationalmuseum houses the Museum Fünf Kontinente (Museum Five Continents).

Opened in 1867, the building was initially conceived purely as a historical museum for the display of artworks related to the history of Bavaria. From 1868 onwards, through the expansion of the decorative arts collection which also included contemporary industrial art, the museum transitioned, under the direction of Jakob Heinrich von Hefner-Alteneck, into a museum for decorative arts. After only a few years, the rapidly growing holdings were already exhausting the spatial capabilities of the building. The complex on Maximilianstrasse was also showing increasingly serious structural damage, so there was an urgent need for action. 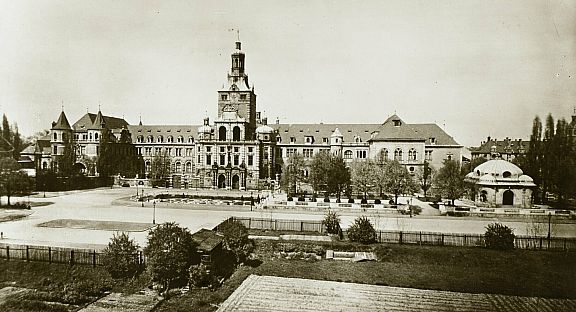 In 1892, the Bavarian Parliament decided to erect a new building for the Bayerisches Nationalmuseum on the grounds of the Royal Wood Garden bordering the English Garden. Initially, Karl Bernatz submitted a design in the style of the Italian Renaissance, but in 1893 Munich’s art community rose in protest against this proposal. The ensuing competition included Munich’s three most important architects at the time – Georg Hauberrisser, Leonhard Romeis, and Gabriel von Seidl. It was decided in favour of Seidl’s design and on 17 November 1894 the foundation stone was finally laid. On 29 September 1900, Prince Regent Luitpold inaugurated the new Bayerisches Nationalmuseum on Prinzregentenstrasse, the boulevard named after him.

Seidl’s design combined components of different historical styles and was widely admired for its scenic effects. Inside, the elaborate design of the halls corresponded stylistically with the works exhibited and were meant to create specific moods. The characteristic building complex with its distinctive tower and the thematically landscaped gardens was one of the most important and original museum buildings of its time.

At the time, the Bayerisches Nationalmuseum presented a mostly cultural history circuit ranging from prehistory over the Roman period up to the beginning of the 19th century. Beyond that, the upper floor was reserved for special collections showcasing various decorative arts. This arrangement has shaped the museum to this day. 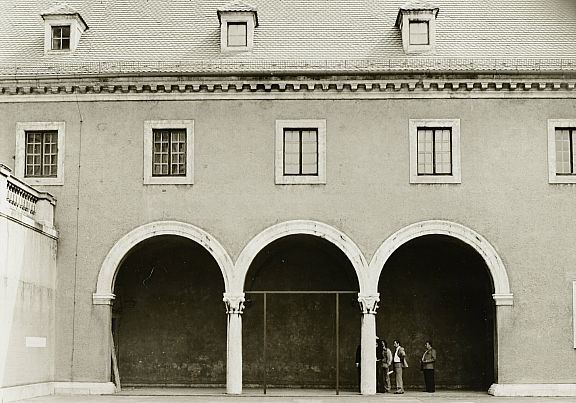 Only half a decade after the opening the architectural ensemble was expanded for the first time. A wing was added on the west side of the building, which today houses the Bollert Collection, acquired by the museum in 2004. Another wing, conceived by German Bestelmeyer, was built on the east side of the museum in 1937/38. Immediately after being completed, it was requisitioned by the planning office for Hitler’s monumental transformation of Munich.

Altogether, there were several landmark decisions and events that characterised the first three decades of the 20th century. Numerous significant donations helped to increase the size of the permanent collection. For example, the donation by the Munich businessman Max Schmederer in 1906 formed the basis for the now world-famous collection of nativity scenes. There was also the substantial endowment by Ernst von Bassermann-Jordan in 1933 which helped to establish the museum’s clock collection. Also, prior to the First World War, the collection had been extended to include modern decorative arts and led the formation of its own department in 1925. In 1947, the department was turned into an independent museum for decorative arts, which today operates under the name Die Neue Sammlung – The Design Museum. Since then, the remit of Bayerisches Nationalmuseum basically ends with the Jugendstil and Art Nouveau period.

Moreover, the transfer of significant holdings to the Bavarian Army Museum shortly before the First World War led to a considerable reduction of the arms and armour in the museum’s collection and has had far-reaching consequences for the character and face of the museum to this day. The same applies to the decision made at the end of the 1920s to move into storage the considerable collection of plaster casts of famous artworks. Even more far-reaching was the decision made in 1932 to transfer the Prehistoric, Roman and Merovingian objects and excavation finds, including important mosaics and stone monuments, to the Prehistoric Collection, today’s Archäologische Staatssammlung (Archaeological Collection of the Bavarian State). 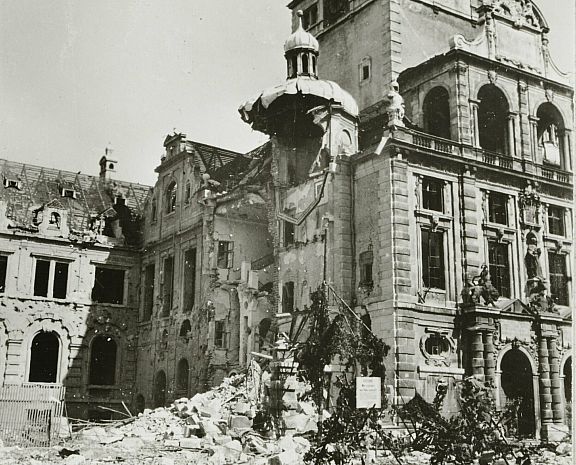 With the onset of Second World War, the museum was shut down and its holdings were moved to safety. The devastating air raids on Munich between 1943 and early 1945 destroyed large parts of the complex. On 25 April 1944 alone, 162 fire bombs struck the Bayerisches Nationalmuseum.

Right after the end of the war, reconstruction began on the museum and some of the rooms were already able to open again by December 1945. Yet, due to general disdain for historicism at the time, the outer shell of the building was executed in simplified forms. Even the appearance of the historicist interiors was greatly reduced in the course of creating neutral exhibition spaces. The reconstruction was largely complete by the time of the centenary celebrations in 1955, which were attended by the Federal President Theodor Heuss.

During the first years after the war, the museum also served as a temporary exhibition space for a number of Bavarian state museums. From 1949 to 1969, it was also the home of the Bavarian Army Museum whose premises had been destroyed during the war. 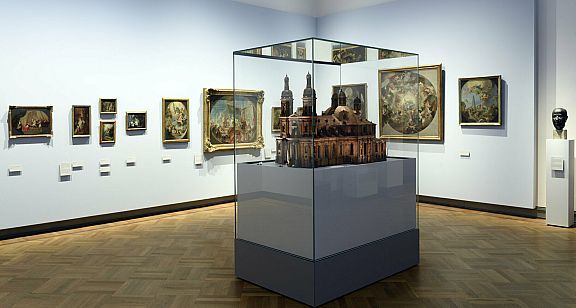 Between 1968 and 1972, the building, which initially was conceived as a daylight museum, was completely electrified. A particular challenge in the following years was the integration of modern infrastructure into the historical building such as an improved barrier-free access with elevators.

From the 1950s to the 1970s, the museum acquired large and important collections that set new thematic priorities: the world-renowned Rudolf Kriss Collection of Folk Life and Folk Art (1952) of objects mirroring religious customs and beliefs in every-day culture, the Erwin Oehl Collection of earthenware (1957), the Reuschel Collection (1960) of Baroque oil sketches donated by Heinrich Reuschel and the Collection of Meissen Porcelain, Ernst Schneider Foundation, which led to the creation of the branch museum at the Lustheim Palace in 1971. In 1986, another branch museum was established with the Gertrud Weinhold Ecumenical Collection at the Old Palace at SchleissheimIn the first post-war years the museum also served as a temporary exhibition space for a number of Bavarian state museums. In this way it was the host for the Bavarian Army Museum whose premises had been destroyed during the war, from 1949 to 1969. 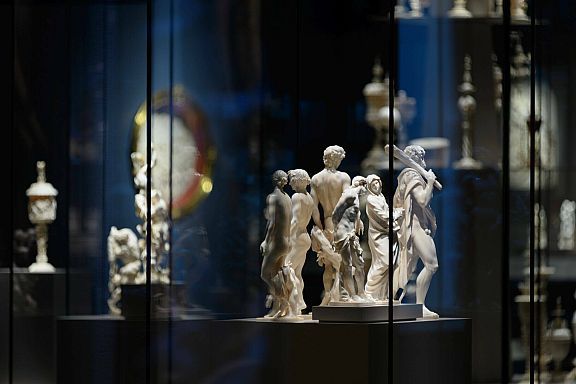 Between 1996 to 2000, the museum received a modern extension for its restoration studios and in-house workshops. This annexe has since formed a solid foundation for fulfilling the task of preserving the cultural assets. From 2000 onwards, large parts of the exterior of the museum complex were renovated and the forecourt and the garden were remodelled. By 2018, the museum’s west wing was completely renovated and most of the collections were largely refurnished.

The acquisition of a considerable number of artworks also has significantly enriched the museum in the recent decades. The purchase of the Siegfried Wichmann Jugendstil collection in 1983 set a brilliant new accent. The collection of precious snuff boxes and valuables from the Princely House of Thurn and Taxis as well as their collection of hunting weapons – the last rifle chamber in German noble ownership – formed the basis for the branch museum established in the stables of the Emmeram Palace in Regensburg in the 1990s. The Williams Collection, acquired in 1996, transformed the museum into a leading institution in the field of 18th century courtly fashion. With the Bollert Collection, the last of Berlin’s private collections of Late Middle-Age sculptures, which had been assembled under the aegis of the famous art historian Wilhelm von Bode, was acquired in 2004. 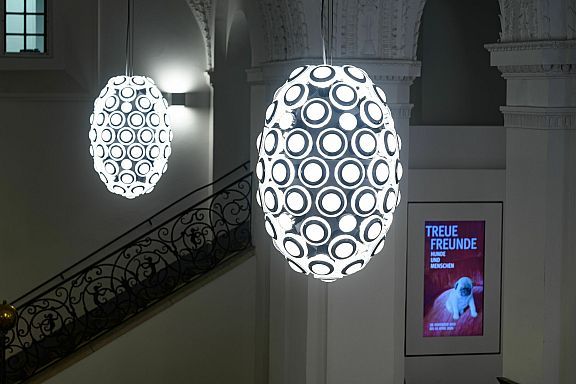 Alongside the traditional tasks of collecting, preserving, exhibiting, mediating and researching cultural history, provenance research has increasingly become crucial to our museum work in recent years. Its primary aim is the identification and restitution of unlawfully acquired cultural assets. In future, the museum’s key focus will be on the digitisation of the collections, which will help to create a broader presence and visibility in modern media. In addition, the successive modernisation of the exhibition spaces and the enhancement of the permanent collections of the 19th century and the Art Nouveau period will be of main concern. The redesign of the unique collection on everyday culture is also of greatest importance. In addition, a contemporary and innovative programme of special exhibitions will further build bridges between the past and the present. Last but not least, the “Iconic Eye” luminaires by Bernhard Dessecker, installed in 2019, in the neo-renaissance style entrance hall, are a spectacular indicator into the future. 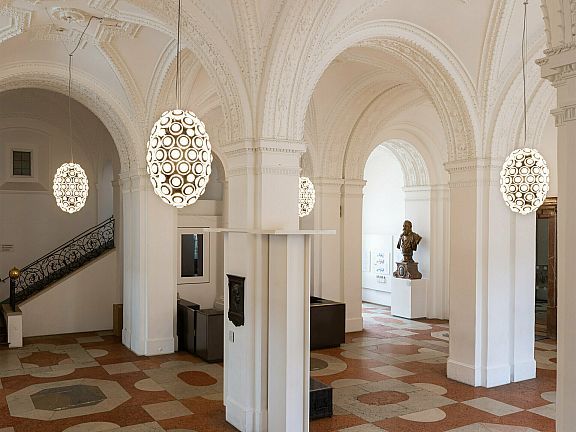 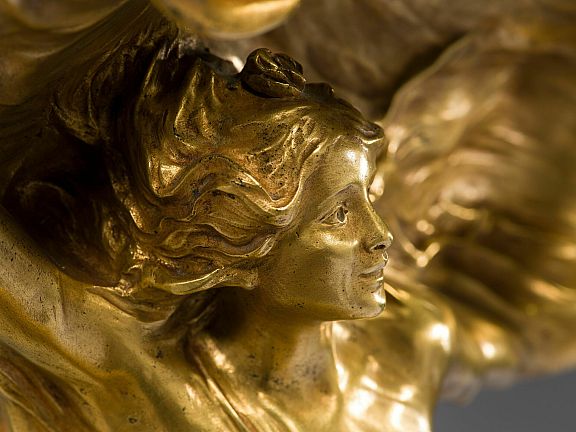 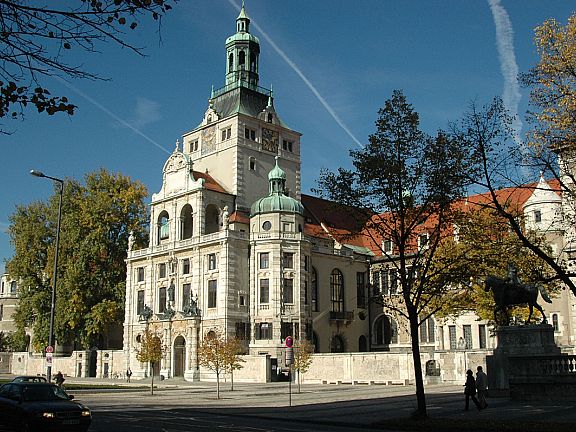